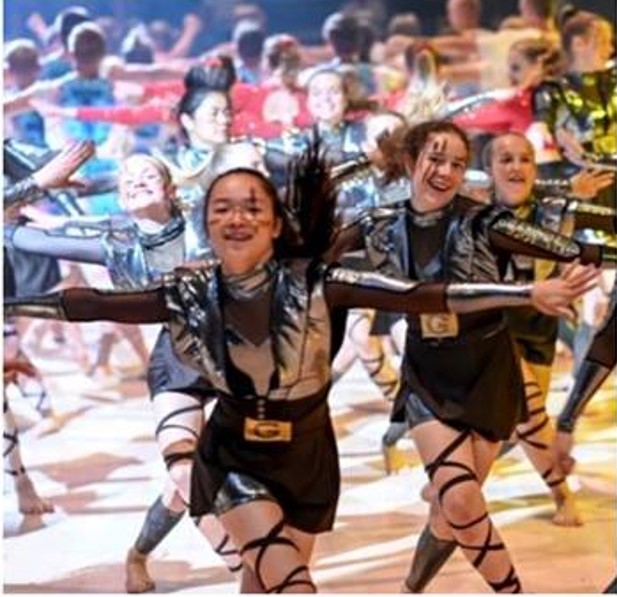 Grevinderne is a international show team of 80 selected girls who turn elite gymnasts into artists aged 6 to 22 years. Since its starts in 1984, Grevinderne have continuously developed a unique elite show concept for world-class show gymnastics combined with a fantastic unity for gymnasts, coaches and parents. The team has performed more than 800 shows through 34 countries on 4 continents over the many years.

Grevinderne train in “Ramsøhallen” 3 to 4 times a week, and all gymnasts are members of Gadstrup Gymnastik, approx. 30 km from Copenhagen. Allan Andersen founded the team in 1984 and since then the team has traveled all over the world on 4 continents and performed more than 800 shows in 38 countries and in Denmark.

The team has won more than 87 medals in competitions in Denmark as well as internationally. For the past 28 years, the team has been a regular part of FIG Gymnastrada and Gym for life Challenge and has been part of Scandinavia’s Evening Show 7 times. Grevinderne have won the British ministrada in England, the Golden Medal in the USA and won their group in the Gym for Life Challenge in South Africa in 2013, thus participating in the Final Shows. As the first Danish gymnastics team, Grevinderne came in 2010 in the national TV show TALENT and continued in live shows. The team has participated in television in 12 countries.

The team has in Gadstrup IF. an Aspirant and Talent Team, where new gymnast can annually come to trial training against being selected for the squad there approx. annually admits between 5 – 10 new gymnasts a year at the ages of 6 – 10 years. and from those teams one can be selected for the Elite team. The team is trained by 12 – 14 trained instructors and youth leaders who have all been around with the team for many years. 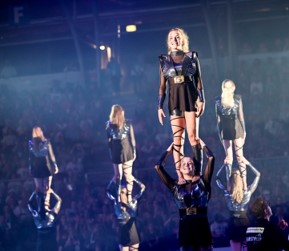